What is Motor Neurone Disease and how does it affect an individual? 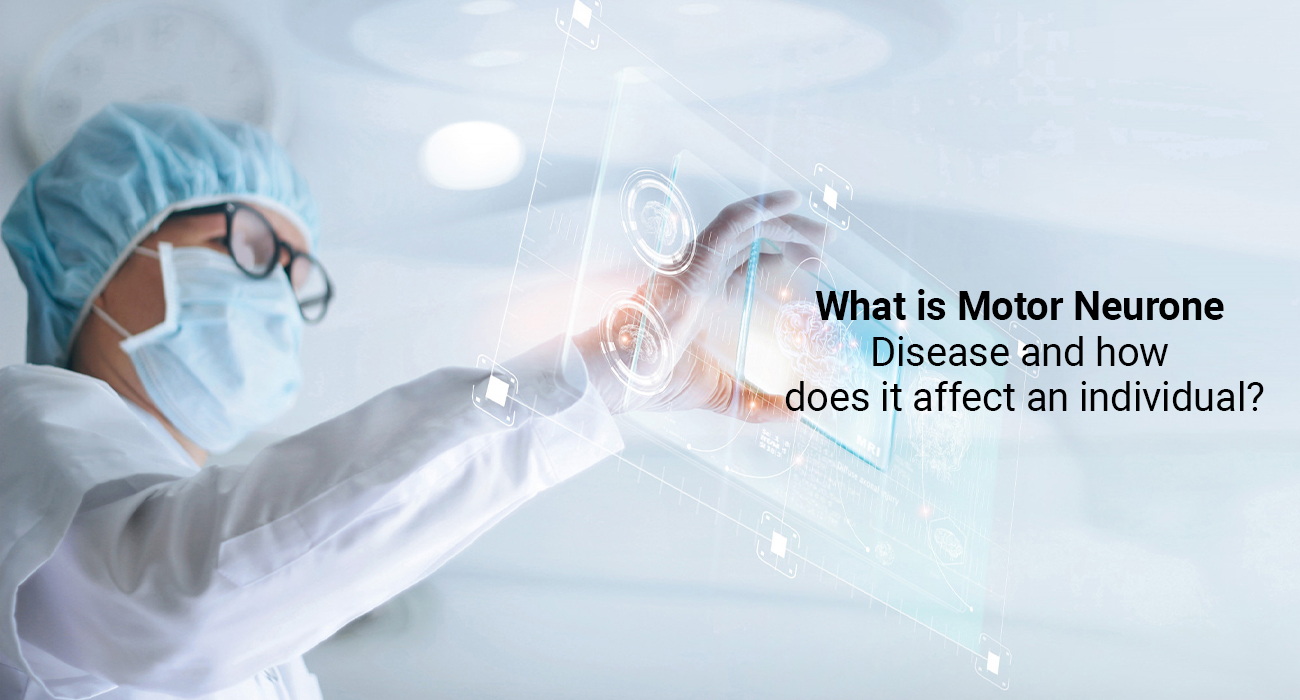 What is Motor Neurone Disease and how does it affect an individual?

Motor Neurone Disease (MND) is a  progressive disease that affects the nervous system by causing extreme muscle weakness. MND greatly affects the motor nerves to a great extent that it causes the deterioration of neurons which ultimately makes the neural system weaker. Neurons are essential for the functioning of the body such as walking, breathing, swallowing, speaking, gripping, body reflexes, etc. Any malfunction in the neural system could be life-threatening and this may ultimately lead to paralysis. Further, Motor neuron disease is a degenerative disease that  also includes a group of diseases such as
Primary lateral sclerosis( PLS)
Progressive muscular atrophy(PMA)
Kennedy's disease
Bulbar muscular atrophy (SBMA)
Lou Gehrig's disease


Symptoms of Motor Neurone Disease:
Initially, there are no visible signs of motor neuron disease but as the disease progresses it begins to show certain warning signs. And as the condition of the person gets worse the symptoms become more prominent and the condition of the person deteriorates gradually. Some of the possible symptoms of MND include:
●    Slurred speech or dysarthria
●    Weak ankle muscle
●    Difficulty in holding objects
●    Weakness in shoulders
●    Weakness in legs, hands, etc
●    Muscle pain
●    Muscles tend to become thinner
●    Difficulty in swallowing
●    Difficulty in movement
●    Trouble talking
●    Cramps
●    Muscle twitching
●    Shortness of breath
Further, people who suffer from motor neuron disease do not lose their sense of taste, smell, touch, vision, and hearing.

How is it caused?
The best neurologist cannot guess the exact reason behind motor neuron disease but still, there are a few factors that may affect its cause. According to various studies, it is seen that people who have a family history of neurological disorders often suffer from motor neuron disease. Further, environmental and lifestyle factors also impact the condition that may result in MND. Studies also suggest that genetic mutation and inheritance of MND-related disease increases the chances of developing motor neuron disease.

How is MND diagnosed?
Motor neuron disease is difficult to diagnose as initially there are no symptoms that appear. In most cases, the symptoms are mild and are similar to other conditions which makes it difficult to diagnose them. The best neurologist in Jaipur initially tries to diagnose the physical condition of the patient and ask for the symptoms and based upon their observations they recommend various diagnostic tests such as
●    Blood test
●    Muscle biopsies
●    MRI scan
●    Nerve conduction studies that measure muscle weakness
●    Brain scan
●    Test to check the electrical activity of muscles and nerves
●    Lumbar puncture test

Eternal Hospital is one of the best neurology hospitals in Jaipur. The Neurology department is backed up with advanced technology, an in-house diagnostic center, and an expert team of Neurosurgery doctors in Jaipur. If you have any kind of neurological disease then contact Eternal hospital for expert assistance and care.